Watch Ariella’s story, as featured on “The 700 Club”

Nora vividly remembers the morning of August 19th, 2016. She said, “I noticed that it had gone quiet. When it goes quiet and you have a toddler in the house, something’s not right.”

She was going through her morning routine while her husband, Patrick, was meeting with a handyman. Then, Nora realized her 16-month-old daughter, Ariella, was nowhere to be found. She recalls, “I just ran around looking for her calling her name, didn’t hear her, didn’t see her.” Ariella had found an open door and wandered into the backyard alone. After ten minutes of searching, Nora discovered her floating in the family’s pool. She said, “I just grabbed her out of the pool, ran inside with her. She’s limp. Her lips are blue. She’s just dangling in my arms. I’m just like, ‘this can’t be happening, this can’t be happening’.”

Out front, Patrick heard the screams and ran into the house. He found Nora performing CPR on Ariella and called 911. He recalls, “It was just desperation: “Lord, heal my daughter.” You know, “She’s dying.” Nora said, “I was praying. I was definitely scared and I guess in my mind I was kind of praying, just saying, ‘Lord Jesus, please let her be okay’.” 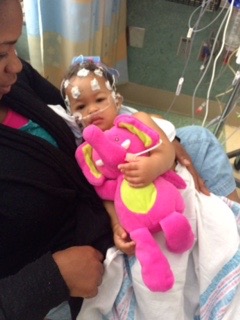 Paramedics arrived and had to shock Ariella three times to get a steady pulse. They rushed her to Golisano Children’s Hospital in Rochester, NY. Nurse Hartland said, “She was under 10 minutes. So she was not getting any oxygen for ten minutes and your organs, your brain, your heart, they just don’t make it and I’ve seen children that have been under water for less than that and have not made it.” Veteran pediatric nurse, Jill Hartland, was on duty in the E.R. when Ariella arrived. She remembers Ariella coming in, “She was not alert. She was not mentating, she wasn’t tracking or looking around, her pupils were fixed and dilated, which tells me that there’s increased swelling like in the brain.”

Nora remembers, “I was actually told by the doctor ‘she’s probably not going to live, and if she does live that she won’t be able to walk on her own. She won’t be able to feed herself. You know, she’s not going to be the child that you know her today’. I looked at the doctor and I just told her, ‘I’m sorry, cannot accept that.’ It was something that I felt within me that the Holy Spirit was saying to me, ‘This is not the way it’s going to end.’

Doctors put Ariella into a coma to slow the brain swelling and calm her seizures. The first 72 hours were critical to her survival. Meanwhile, Patrick started making calls. All across the country and even overseas people were lifting Ariella up in prayer. Patrick remembers, “We were getting these prophetic words from people, and yes, with every one that I received, I would read it out loud and read it to my wife and to anyone that was in the room. It did increase my faith.” Nora also recalls, “It kind of makes you feel like ‘I’m not in this alone’. And you feel the prayers and the love of brothers and sisters in Christ and, you know, this is what the church is called to do. We’re called to lift one another up in prayer in our time of need.”

Nurse Hartland noticed something different about Pat and Nora. “Normally parents are frantic uh, and it shows. There’s no mindfulness or peacefulness. They’re just very frantic and very scattered and uncontrollable emotions, but it’s almost like they knew that she’s in God’s hands and there was that kind of peace that was surrounding them.”

Overnight and into the next day people prayed believing God’s promise for a miracle. Including Pat and Nora’s home church. Pastor Ron prayed, “And Lord we lift Ariella before you to declare that the healing you purchased 2,000 years ago is now being manifest in her body. She shall live and not die and proclaim the word of the Lord.” 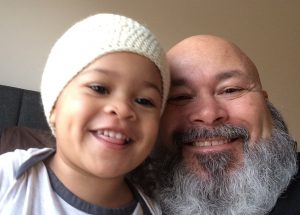 By that evening Ariella’s seizures had stopped and the brain swelling was going down. But doctors cautioned about her recovery. Nurse Hartland said, “Most physicians would say that she’s either going to be brain dead or on a ventilator, needing a feeding tube for the rest of her life”

The prayers never stopped and on the third day Ariella opened her eyes. Nora said, “I was just like ‘I know my God is doing it.’ He’s doing it! I was just like “Thank you, Jesus. There is no other explanation for it”. Pat included, “In the evening of day three, the doctor was pretty bold and said that she believed that Ariella was going to be waking up, as they took her off of the sedation, to be her normal self, without any changes.” And she did.

Just 4 days after her accident, Ariella was released to go home. Nurse Hartland was coming into work as the family was leaving the hospital. She recalls, “I was flabbergasted, literally shocked that this little girl that had been in the unit just three or four days prior, poor prognosis, could make such a rapid turnaround in any capacity, but a turnaround that looked like this, where she was a completely normal 16-month-old. It was God. There’s just no other way to – it was a miracle.” 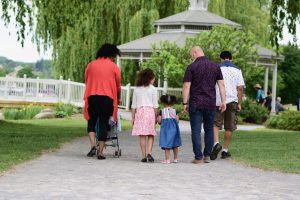 Today Ariella enjoys helping around the house. She’s a normal, healthy little girl with no issues from the accident. Nora believes, “Ariella would not be here without prayer. There’s no way.” Patrick also said, “I believe we just petitioned heaven so mightily that the Lord saw the grief, He saw our grief and our desperation and He answered the prayer.”

Nora’s faith was also strengthened, “But for me it deepened my faith to say that, ‘Lord, if you can do this, there’s nothing too hard for you. Nothing too hard for you’.” And Pat concludes, “God does still answer prayer. He still delivers people. As tragic as these things are, as difficult and as heavy as they are, God answers prayer.”

Want to learn more about this amazing story?